On the occasion of the “National Cancer Awareness Week”, the kick-off meeting of the “Clinical Study of Liquid Biopsy Methylation Technology for Post-treatment Efficacy Assessment and Recurrence Monitoring of Hepatocellular Carcinoma” organized by LAMH was successfully held. 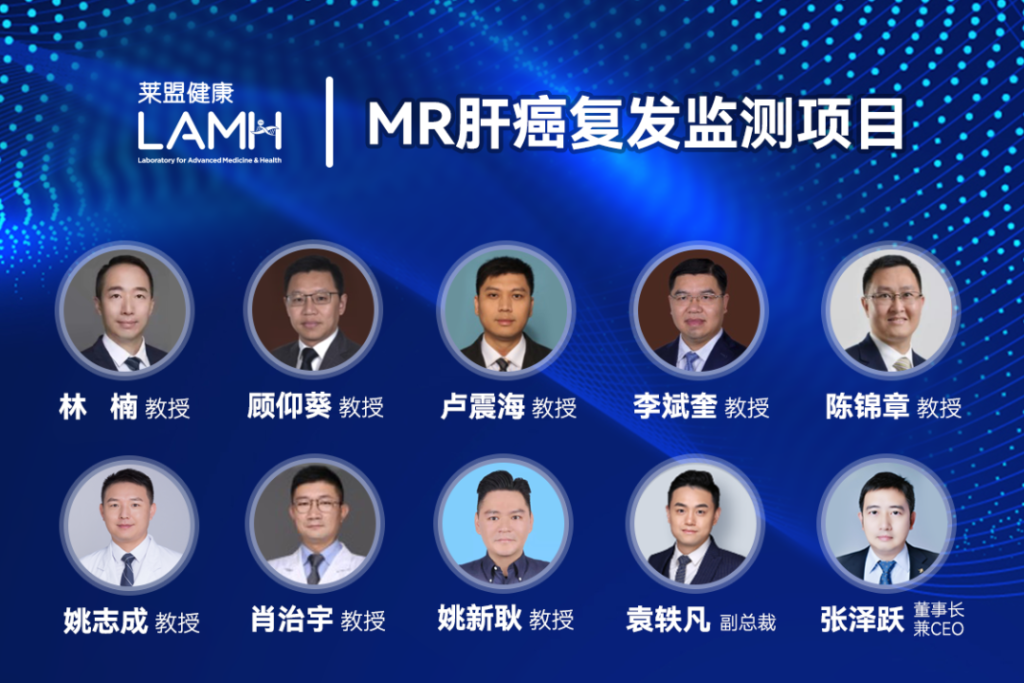 Prof. Yao Zhicheng from the Department of Hepatobiliary Surgery of the Third Affiliated Hospital of Sun Yat-sen University gave a detailed introduction to the project of “Clinical study on the evaluation of efficacy and recurrence monitoring of hepatocellular carcinoma after treatment with liquid biopsy methylation technology”, and the professors also discussed the application of liquid biopsy methylation technology in the field of early screening and diagnosis of hepatocellular carcinoma and post-operative recurrence monitoring, as well as how to better serve the clinic.

Professor Gu Yangkui from the Imaging and Minimally Invasive Intervention Center of Sun Yat-sen University Cancer Control Center suggested, “According to authoritative reports, liver cancer is the fifth most common cancer in China in terms of incidence rate and second in terms of mortality rate. According to the statistics, the incidence of liver cancer in China accounts for about 50% of the world, i.e. half of the world’s liver cancer occurs in China. And in actual clinical practice, they often face the critical situation of late stage upon detection, so early screening and early detection as well as review and monitoring of liver cancer are imperative and urgent.” LAMH’s main research and development direction of cfDNA methylation test can deeply change this situation.

Professor Chen Jinzhang of the Liver Oncology Center of Southern Hospital of Southern Medical University said, “Establishing an early screening and diagnosis system for cancer in line with our national conditions can truly benefit patients. At present, traditional early screening technology has shortcomings, while liquid biopsy is developing rapidly in liver cancer detection and is at the forefront of current technology. If early detection and intervention is made at the precancerous and early cancer stage, it can improve the survival rate and even cure rate of patients, which is very beneficial to patients, their families and even the country.”

Professor Xiao Zhiyu of the Department of Hepatobiliary Surgery at Sun Yat-Sen Memorial Hospital of Sun Yat-Sen University also added, “China is currently facing a prevention and control situation where the cancer spectrum of developing and developed countries coexist, and in response to the epidemiological characteristics of cancer in our country, independent research and development should be carried out to solve the problem of specificity and sensitivity of cancer screening in the Chinese population.” The MR liver cancer recurrence surveillance program hosted by LAMH is an active practice of the national cancer prevention and control strategy deployment, and a new help to build China’s tumor prevention and control system.

Prof. Bin-Kui Li from the Hepatobiliary Surgery Department of the Center for Cancer Control and Prevention of Sun Yat-sen University then said that various new technologies and early screening and diagnosis products have emerged in these years in terms of early screening and diagnosis of tumors. Genetic and protein alterations should be much earlier than clinicopathological alterations, and it is important to find molecular markers for early disease diagnosis, including genetic variants (gene mutations and amplifications, etc.), epigenetic alterations, abnormal metabolic alterations and other aspects. Molecular markers of tumors can be fully applied to a series of aspects such as disease prevention, early diagnosis, tumor localization, formulation of protocols, detection of disease course, monitoring of efficacy, determination of prognosis, and recurrence monitoring.

Following that, when talking about the development of early screening and early detection and technological innovation of monitoring means, Mr. Zeyue Zhang, Chairman and CEO of LAMH, said that according to CCGA research data, cfDNA methylation test is the most ideal technology for cancer screening, and its core advantages are mainly reflected in three aspects: firstly, in terms of detection sensitivity, it is superior to cfDNA gene mutation; secondly, in terms of detection sensitivity, it is superior to CNV; and thirdly, it is superior to other molecular markers in terms of tissue traceability (TOO). The advantages of methylation are firstly, methylation changes earlier than mutation, methylation appears at the early stage of tumorigenesis; secondly, multi-locus, high sensitivity, about 2000 methylation site changes can be detected at the early stage of colorectal cancer; and finally, tissue traceability of cancer can be achieved, because methylation pattern is tissue specific. ” The non-invasive DNA methylation liver cancer detection technology adopted by LAMH is to detect its specific liver cancer methylation site alteration by capturing micro-ctDNA; compared with traditional detection technology, it can not only detect the occurrence and development of liver cancer earlier and more accurately, but also monitor the methylation level movement of liver cancer throughout the whole process; the technology can be applied throughout for liver cancer early screening, early adjuvant diagnosis, The technology can be applied to the whole process of early screening, early adjuvant diagnosis, efficacy monitoring, prognosis assessment and recurrence follow-up of liver cancer.

At the end of the meeting, Mr. Zeyue Zhang, Chairman and CEO of LAMH, said that LAMH was the first one to conduct clinical research on the application of cfDNA methylation in early detection of liver cancer in China, and the article published in nature materials was cited in many literature and industry consensus, and has become the representative of liquid biopsy cfDNA methylation in the field of early screening, early detection and review of liver cancer. It has become the representative of the liquid biopsy cfDNA methylation field in the direction of liver cancer early screening and monitoring. In the future, LAMH will give full play to its technical advantages to promote the development of liver cancer prevention and control in China based on relevant national policies, and will continue to cooperate with cancer centers and hospitals based on liver cancer methylation screening technology to help promote the benefits of clinical high-risk patients. LAMH will do its best to contribute to serve people’s health and help build a healthy China. All the experts and professors expressed their affirmation of LAMH’s courageous spirit of exploration and practice, and raised the expectation of perfecting the technology as soon as possible and applying it in practice as soon as possible, and the kick-off meeting was successfully concluded in a professional and warm atmosphere. 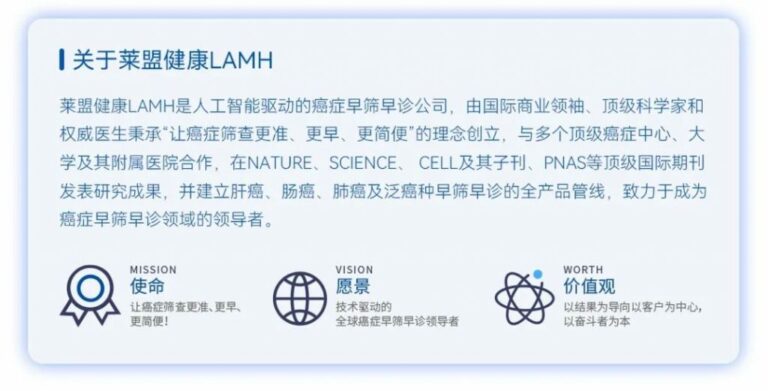